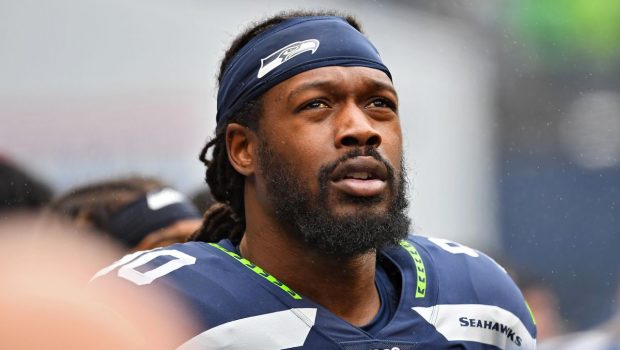 JADEVEON CLOWNEY IS A FREE AGENT: EAGLES SHOULD MAKE A BID!

The Seattle Seahawks lost to the Green Bay Packers yesterday in the NFL’s divisional round.

So the Hawks head back to Seattle to lick their wounds and go fishing, or whatever you do in the Northwest to while away the time.

And Jadeveon Clowney heads into free agency with a goal of playing for a contender.

That might eliminate the Eagles from his consideration, since they have lots of holes to fill to become a real contender in 2020.

But a world-class defensive end isn’t a bad place to start, if Howie Roseman is listening!

Even if he is a marked man for his cheap shot on Birds QB Carson Wentz in last week’s wild card that went unpunished.

“I just want to win,” the defensive end said after the Seattle Seahawks’ season came to an end with a 28-23 loss to the Green Bay Packers at Lambeau Field. “I’m trying to get to the Super Bowl by any means. That’s what I’m looking for: Who’s going to get me there? I ain’t looking to get on no sorry team for no money. That ain’t going to fly. I ain’t gonna put my body through all of that just to lose no 16 games, go home with my check. I’d hate that, so that ain’t what I’m doing. So if I can’t win no Super Bowl, I ain’t going to no team that can’t win.”

Clowney, who turns 27 next month, headlines the list of Seahawks scheduled to become unrestricted free agents in March and will be one of the top available pass-rushers on the market. His first order of offseason business will be to determine if he’ll have surgery on the core-muscle injury that has plagued him since Week 10. He said he probably will, though Clowney decided to put off surgery after a November visit to Dr. William Meyers, a core-muscle specialist in Philly.

“I even don’t know if I showed anything,” Clowney said when asked about playing through the injury as opposed to having in-season surgery that would have sidelined him for several weeks. “I just want to show it to my team. I don’t care about what anybody else sees. These guys in the locker room know what I was dealing with. They knew that I was going to get to Sunday and let it all hang out, and that’s what they asked for.

“They tell me every week: ‘Thank you for not quitting on us and not giving up.’ I said, ‘Y’all ain’t never got to worry about that with me.’ If I can go, I’m going to go. That’s what it is. If I was able to go the rest of the season, fight for them, I was going to fight for them.”