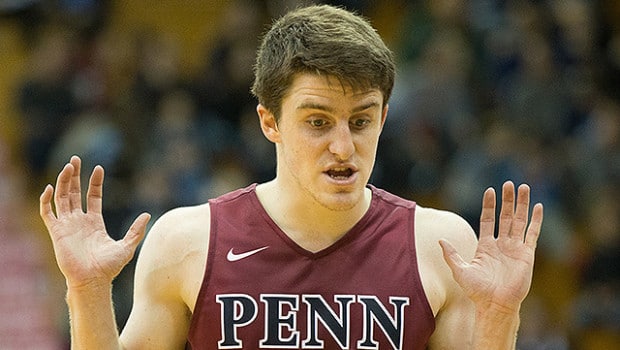 Penn got a split on the weekend last night as Jackson Donahue (above) sank five 3-pointers and scored a career-high 25 points to lead the Quakers to a 92-84 win at Cornell..

Cornell (9-13, 2-6) trailed most of the game but stayed close and cut the deficit to 86-84 on Robert Hatter’s layup with 28 seconds left before Penn clinched it with 6-for-6 shooting from the free-throw line. Jones had four of the foul shots and Donahue, who got 13 of his points in the second half, sank the other two.