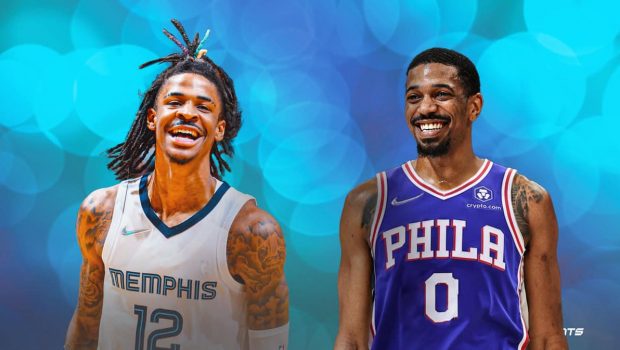 After the draft-night deal, Melton’s former Grizzlies teammate Ja Morant sent out a heartfelt tweet with images of he and Melton with the caption, “It’s 4 life tho.”

Melton responded to Morant’s emotional farewell with a three-word message, also via Twitter.

The 24-year-old Melton leaves the Grizzlies just as they’re on the uptick.

However, he ended up in a nice spot with the Sixers, who are coming off of their fifth straight playoff appearance and fourth straight Eastern Conference Semifinals berth.

Melton, who averaged 10.8 points, 1.4 steals and 1.9 three-pointers made in just 22.7 minutes per game, figures to provide a 3-and-D presence off the bench out of both guard spots, similar to the role played by Seth Curry in Philly this past season.