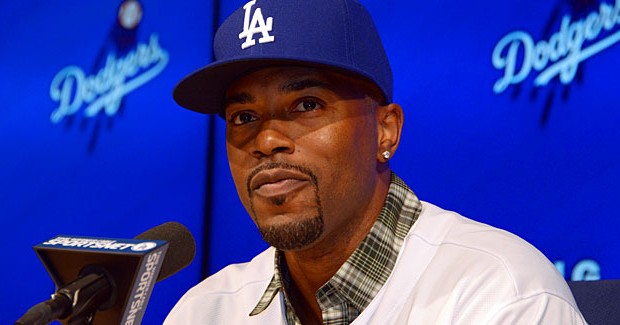 J-ROLL IN DODGER BLUE — A SHOCK TO PHILLIES FANS’ SYSTEMS

The news on Dec. 19, 2014 that Phillies legend Jimmy Rollins was being traded was hard enough to take.

Rollins looked strange sitting there at a news conference at Dodgers Stadium wearing a Dodgers jersey and cap.

“There was only one place I wanted to go if I left Philadelphia, and that was Los Angeles — a place that has history, a place that wants to win,” the switch-hitting shortstop said. “And I wanted to be a part of something special and somehow have an impact on that. It wasn’t happening in Philly at the moment, so I’m not surprised.”

No, it’s not happening in Philly.

With Rollins playing a leading role, the Phillies won five consecutive division titles, two pennants and a World Series from 2007-11 before finishing .500 in 2012 and losing 89 games in each of the last two seasons.

“It’s baseball, as any sports, changes do need to be made at times and it was my time,” Rollins said.

Rollins, 36, leaves the Phillies after 15 seasons feeling proud about his old organization going from not making the playoffs from 1994-2006 to having one of its two greatest eras in franchise history.

His new mission is to help the stacked 2015 Dodgers, who are reigning NL West champs, win their first World Series since 1988.