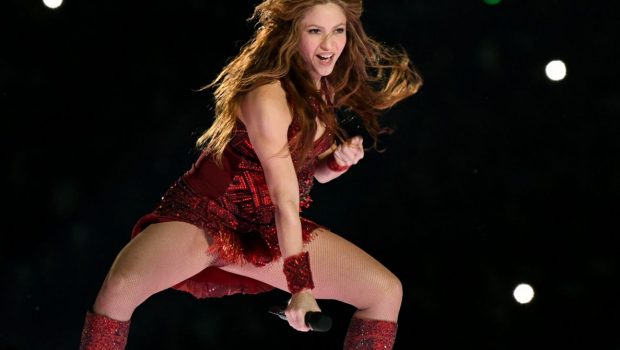 The Chiefs-Niners Super Bowl got high TV ratings and received high marks from the fans.

But not the Federal Communications Commision.

Jennifer Lopez and Shakira (above) have been panned by a lot of blue-nosed fans who objected to their halftime act.

WFAA in Dallas obtained complaints filed to the FCC after the Super Bowl halftime showing featuring Lopez and Shakira. There were 1,312 of them, according to the report.

By comparison, Janet Jackson drew the wrath of more than 500,000 angry viewers who expressed their outrage to the FCC over a quick flash of an exposed breast at Super Bowl XXXVIII in 2004.

There was no partial nudity during February’s halftime show. But some viewers found it too sexy regardless.

Here are some highlights of the 1,312 complaints and where they originated. A search of the complaints document reveals 391 mentions of the word “crotch.”

— “Really? An R Rated halftime show? I chose to not go see the R rated movie Hustler but did not expect to see so much nastiness on TV. To bend over and show that thin piece if [sic] fabric between her butt cheeks crossed the line.” — Croswell, Mich.

— “As a father of 2 teen girls I feel obligated, at this point, to file a complaint as I am at my wits end. That “show” should have been reserved for late night cable TV … As a society we are talking out of both sides of our mouths and confusing kids.” — Westport, Maine

— “JLO and Shakira are beautiful and talented — but the numerous crotch shots and the grinding on the stripper bowl was beyond my comprehension. Why in the world would this be allowed on national television where children and families all around the world are watching?!” — Port St. Joe, Fla.

— “Jennifer Lopez’s performance at the Super Bowl halftime show was extremely explicit and completely unacceptable for a event where families including children are watching. Her performance involved numerous shots of her barely covered crotch and but as she gyrated and made sexual movements all over the stage. I had to send my children out of the room so that they weren’t exposed to something.” — Lehi, Utah