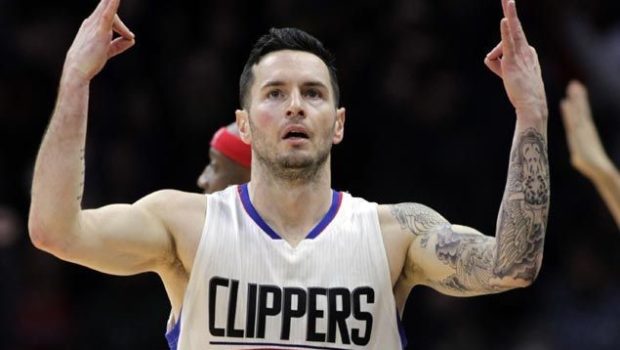 JJ Redick signed a one-year, $23 million deal with the Sixers when free agency opened on July 1.

And he turned down the Houston Rockets, who offered a multi-year contract, as he explained on the HoopsHype Podcast:

“They offered four [years] and then they went three. Daryl [Morey] always has a million things going on, like in A Beautiful Mind with all of the stuff written on the chalkboard. I’m sure he had four or five deals out there [he was working on]. The day before free agency, I thought it was a four-year deal. Chris Paul and I talked for about 30 minutes the night before free agency started. I wanted to go there.

“[It didn’t work out] – some of it was numbers and some of it was other factors like relocating the family and – I hate to say this – but you never know with Daryl and how he operates. A three-year deal could really be a six-month deal if you get dealt at the trade deadline for a superstar as part of a package of six.”

Redick revealed that the Brooklyn Nets offered a two-year deal with a “respectable” number, but he then decided to go with a shorter agreement. While he will face free agency again next summer, he said he would prefer to stay with the Sixers – though he does understand things can change in the NBA.

“It is the ideal scenario … I also understand given their cap situation and given the age of their core that even if I do stay for two or three years, it may only be on one-year deals.”

Before he signed with Philly, he told Sixers big boss Bryan Colangelo that he did not intend to sign a one-year deal. However, he changed his mind and he says he understands that the Sixers want to keep their cap flexibility so that they can potentially attract a superstar free agent down the road.

Redick said he thinks the Sixers could end up becoming an attractive destination for superstar free agents in 2018 and 2019 due to the team’s cap flexibility and the possibility that they could have one or more stars if Joel Embiid, Ben Simmons, Markelle Fultz and/or Dario Saric reach their full potential.

“As these guys get older and get more experience, I think there’s an opportunity to make a leap and really be one of the elite teams not only in the East, but in the NBA. That’s a credit to Sam Hinkie, Bryan Colangelo and to their owners.”