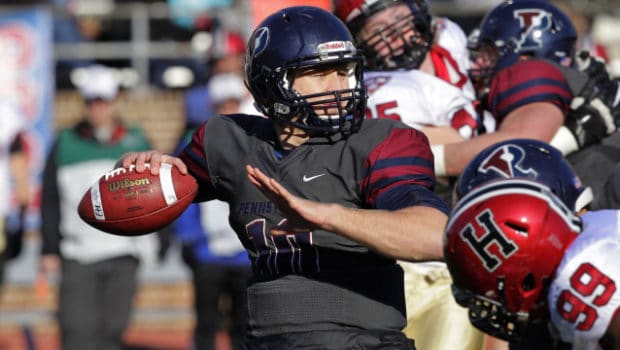 The Ivy League last night became the first Division I conference to eliminate its fall sports season due to the coronavirus pandemic, although a potential shift of competition to the spring semester remained a possibility.

And it likely will not be the last.

Stay tuned for what the Big 10, SEC and Pac 12 and the other Power 5 leagues will do.

In March, the Ivy cancelled its postseason basketball tournament, shocking the sports world.

Soon, March Madness for 2020 was history.

Stakeholders across college sports, especially those in football, have awaited the Ivy’s decision while continuing to formalize fall plans.

The northeastern Ivy League, composed of Penn and seven other of the nation’s elite academic institutions, cited its decision was made with the health and well-being of students as the top priority. The league’s council of presidents said there will not be sports through the end of the fall semester, adding the feasibility of playing fall sports in the spring and the status of winter and spring sports will be determined at a later date.

The presidents said in a statement, “With the information available to us today regarding the continued spread of the virus, we simply do not believe we can create and maintain an environment for intercollegiate athletic competition that meets our requirements for safety and acceptable levels of risk, consistent with the policies that each of our schools is adopting as part of its reopening plans this fall.”

Also, the presidents said impacted student-athletes will not lose a year of athletic eligibility and that practice and other training will be permitted provided they are structured in accordance with each institution’s procedures and applicable state regulations.

Ivy League football teams don’t participate in the FCS playoffs, so a seven-game league-only schedule in the spring semester is considered a possibility. The canceling of the fall schedule eliminates 24 non-league games, including 13 against Patriot League schools and Princeton’s FBS matchup at Army.

Whether the Ivy decision will be a trendsetter is a concern nationally. In March, the league was the first D-I conference to cancel its men’s and women’s basketball conference tournaments due to the outbreak of COVID-19. Other conferences followed with similar decisions, and shortly afterward, spring sports and offseason athletic activities also were brought to a halt nationwide.

The hope in college athletics has been the fall season will bring a return to the playing fields, but many states are seeing a rise in positive coronavirus tests. After the NCAA allowed for schools to bring back student-athletes for voluntary workouts beginning on June 1, many returning student-athletes have tested positive, prompting some schools to suspend athletic activities again.