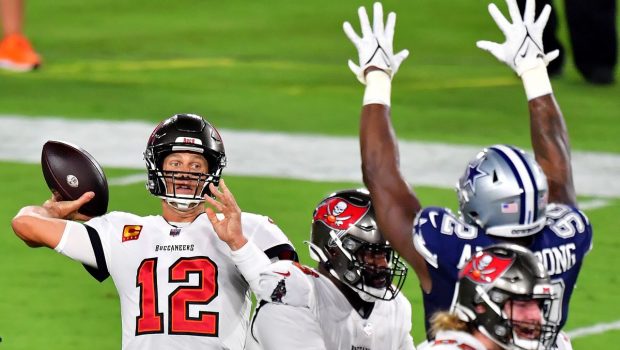 ITS TOOK A 2-TICKS-LEFT KICK — BRADY AND BUCS CLIP THE COWBOYS!

Tom Brady and the Tampa Bay Buccaneers, down one point with 1:24 to go in the kickoff to the NFL season, were confident they would find a way to win.

Brady, who threw for 379 yards and four touchdowns in a 31-29 win over the Dallas Cowboys, showed why he is the GOAT among NFL quarterbacks.

“There was no doubt that we’re going to win the game with him,” coach Bruce Arians said. “It’s just who’s going to make plays.”

Ryan Succop won it with a 36-yard field goal with 2 seconds remaining. Brady set it up with a last-minute drive directed on the same field where the Bucs became the first team to play and win a Super Bowl in its home stadium seven months ago.

“There’s obviously a lot to clean up,” Brady said after completing 32 of 50 passes with two interceptions.

Dak Prescott threw for 403 yards and three TDs for Dallas in his first game since suffering a severe injury ankle that ended his 2020 season after just five games. The sixth-year pro didn’t play in the preseason after straining his right shoulder early in training camp, and limitations on his throwing weren’t lifted until about two weeks before the opener.