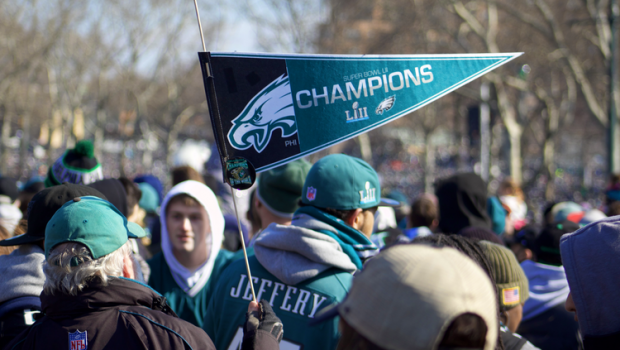 The 2020 NFL season is underway and fans are just glad football is back without delay.

Now that we’re a couple of games in, we can start to take a detailed look at teams around the league and see if they are better than last year. This is also the time we compare our favorite team to their division rivals and gauge their chances of winning the division overall.

In the NFC East, the picture is murky as far as a leader is concerned. Let’s review how the Eagles are playing thus far, and see how they stack up against their rivals.

No one can deny that going 0-2 to start off the season is a bad look for the Eagles.

Luckily their division rivals are struggling too, with no team going 2-0. As we get further into the season, other members of the NFC East may pull ahead so it’s best to address the areas where the Eagles are struggling and make the needed adjustments now.

What we’ve seen from the Eagles thus far on offense has been lackluster to say the least. Over the last two games they have struggled to put up points and haven’t managed to score three touchdowns in a game yet.

Starting with the quarterback, Carson Wentz has the worst passer rating in the league so far. His flaws carry over to every position on offense and he doesn’t seem to have a strong connection with his receivers.

Things started off on a bad note vs the Rams on Sunday when running back Miles Sanders fumbled, putting the Rams in perfect position to score and forcing the Eagles to play from behind for the rest of the game.

After the first quarter it looked like there was a chance for a comeback after putting up 13 points in the 2nd, but the next half of the game only saw 3 points from the Eagles. The Eagles definitely have some weapons on offense, but Wentz has not been able to establish a connection with them.

Looking at their matchups ahead, the Eagles face off against the Bengals on September 27th where their NFL betting odds have them as the -275 favorite. If the Eagles can get their offense going, then they can easily establish themselves as the leaders in their division. With their rivals in the NFC East in disarray, this is clearly a great opportunity for the Eagles to win the division again and it would be a shame to squander this opportunity.

Over the last few days, analysts around the league have not been kind to the Eagles regarding their defense. After allowing the Rams to score 37 points and Washington to score 27, the defense is under extreme scrutiny. This squad has been very expensive to put together, and the Eagles are clearly not getting the performance they expected. Defensive tackle Fletcher Cox is on a $103 million 6-year contract yet only managed four tackles against the Rams. Malik Johnson (left) also only had four tackles for the day. As far as edges are concerned, Brandon Graham managed one sack but was overall not a huge factor and former first-round pick Derek Barnett barely contributed.

It’s not a good start for the squad and as a side note, former Eagles’ safety Malcolm Jenkins is looking great on the Saints. The Eagles seemed fine to let him go but it seems like he could have certainly been a big help now. It’s time for the team to get in gear and make a stand in the division before their rivals take the lead.

What About Their NFC East Rivals?

Luckily for the Eagles, the NFC East is a complete travesty again this year. It won’t take much to emerge as the leader, but we still need to keep an eye on their rivals and see what they are doing right. Let’s have a look at the competition.

Of course, the Cowboys pose the strongest competition for the Eagles as far as divisional rivals are concerned. They have had two very close games so far and currently have a 1-1 record. Their last game vs the Falcons was a nail-biter, with the Cowboys recovering an onside kick and scoring the game-winning field goal in the last moments to win 40-39. Keep in mind, this is a comeback after being down 20 points in the 1st quarter.

The day started out sloppy for the offense with three turnovers from quarterback Prescott, Ezekiel Elliott and and Dalton Schultz. Later on, their offense looked stronger with wide receivers Amari Cooper and CeeDee Lamb both going for over 100 yards. After this big comeback win, the Eagles need to pay attention and find the weak points on this team. All things considered, the Cowboys are showing a little too much tenacity for comfort.

The Eagles were certainly hoping for a big win vs Washington in week 1, but sadly this was not meant to be. Name change or not, it’s still the same team and Washington is looking mediocre as always. With their loss to the Cardinals this past week, analysts have placed them in the bottom half of the league in the power rankings. Quarterback Dwayne Haskins finished with 223 yards for the day, including a touchdown, but was sacked 4 times and fumbled once. They may have come back from a 17 point deficit to beat the Eagles in week 1 but they wouldn’t be as fortunate vs the Cardinals. After the Cardinals took a 20-0 lead in the first half, there was no chance for Washington. The team looks more or less the same as last season and hopefully the Eagles can get another divisional win from them later when they meet again in January.

There really isn’t much to be said for the Giants this year. The team has been spinning its wheels for far too long without making any real progress. Currently, they are #31 in the power rankings, with the New York Jets being the only team that is worse. The year has already started off on a bad note with running back Saquon Barkley out for the season with a major ACL tear. Wide receiver Sterling Shepard is also out with a foot injury and it is unknown how many weeks the Giants could be without him. Quarterback Daniel Jones still has a lot to learn after taking the reins in NY and already has several turnovers attributed to him. This is all good news for the Eagles who hopefully can get two wins from them again this season.