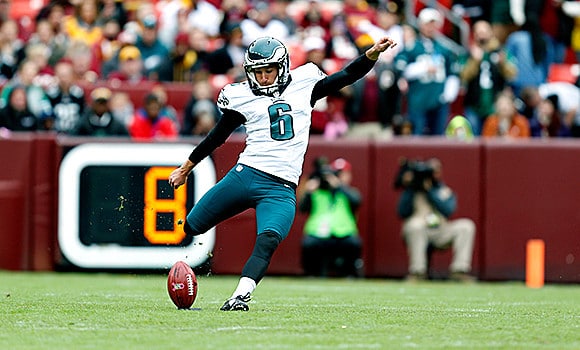 You’ve got to hand it to Eagles placekicker Caleb Sturgis, signed last week to replace Cody Parkey, who is out the season.

After he blew an extra point and a field goal — four points in a game the Birds lost by three — he was the master of the obvious:

“The rest of the team gave such a good effort today,” Sturgis said in the bowels of FedEx Stadium after the Redskins’ 23-20 win. “[They] played so well. It’s tough knowing I didn’t do my part.”

The Eagles should be 2-2 to start the season, with a share of first place in the awful NFC East. After all, had Parkey made a late 46-yard field goal in the season opening loss to the Falcons and Sturgis had gone 2-for-2 from 30 yards out.

“I just went out there and missed,” Sturgis said. Hurt the team. It’s on me.”