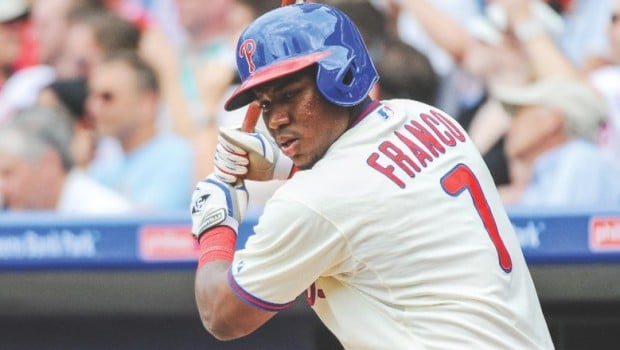 IT’S OFFICIAL: PHILLIES PHENOM MAIKEL FRANCO IS IN A SLUMP!

Phillies third baseman Maikel Franco is in a slump.

The Phillies battled to a 5-4 extra-inning win over the Mets last night, and Franco went 0-for-5 and struck out three times. After a good start, Franco has cooled off and is hitting just .241 for the season.

Franco’s on-base percentage is a woeful .290 and his OPS is a less than stellar .669. There’s no question that Franco isn’t swinging the bat well lately, but he has too much ability to stay in the slump for long.

Expect him to bounce back and provide power and batting average production owners expect.