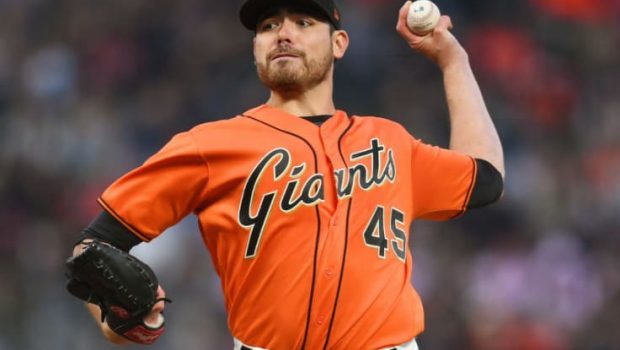 IT’S OFFICIAL: MATT MOORE AND HIS 95 MPH FASTBALL IS A PHILLIE!

The Phillies just announced that pitcher Matt Moore, who spent 2020 playing in Japan, has signed a one-year, $3 million deal.

It’s a major league contract, so the Phils must be projecting the 31-year-old as the No. 3 or No. 4 starter after Aaron Nola and Zack Wheeler, with Zach Eflin in there somewhere.

At times in 2020, the southpaw was touching 95 MPH on his fastball, which is the type of velocity he has not shown in years.

Earlier in his career, the left-handed hurler was considered one of the emerging young stars in the game as he was ranked as the no. 1 prospect in baseball by both Baseball Prospectus and MLB.Com before the 2012 season.

Moore never fully lived up to that hype, but he did show promise as he registered a 3.53 ERA across 347 frames between 2011-2014. However, he tore the UCL in his pitching elbow that required Tommy John surgery at the start of the 2014 season. Since then, the 31-year-old has struggled to regain the form that once made him a top prospect.

Of course, the move that brought Moore to San Francisco was a very polarizing move as it involved fan-favorite Matt Duffy being traded away. That said, the Giants likely would not have made the playoffs without Moore on the roster.