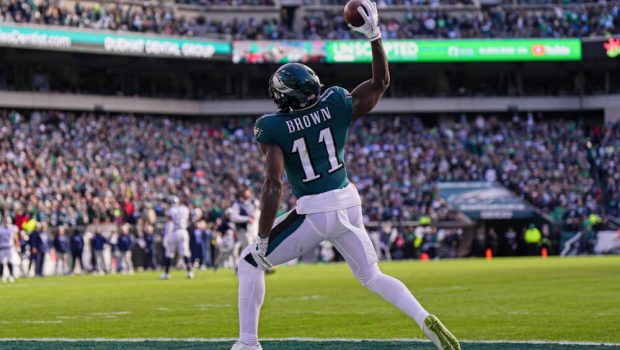 The Eagles further solidified their claim as the best team in the NFL with an old fashioned beatdown of the Tennessee Titans 35-10 to run their record to 11-1.

Birds QB Jalen Hurts beat the Titans through the air all afternoon.

Devonta Smith also joined in the fun with 8 receptions for 102 yards with a TD.

The exceptional passing day by Hurts should change the thinking he’s just a running QB, throwing for 380 yards, 3 touchdowns with a QB rating of 130.3! Hurts candidacy for NFL MVP gets even more credence with this monster passing game.

For good measure the Birds shut down Titans all world RB Derrick Henry, allowing a paltry 30 yards rushing on 11 carries, the Birds defense also collected 6 sacks on QB Ryan Tannehill who was running for his life the whole game.

The Eagles ride up the Jersey turnpike next Sunday for a meeting with the NY Giants at 1pm/Fox-29.