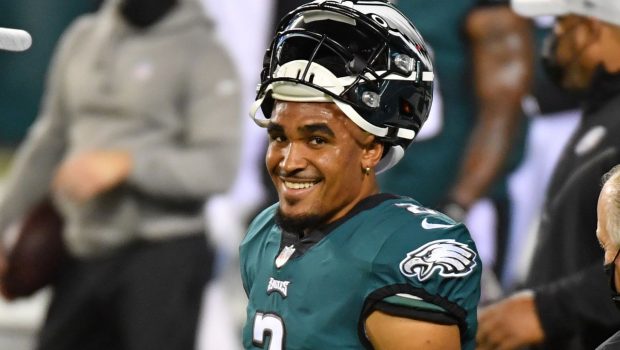 ‘IT’S NOT ALL ABOUT ME, THIS IS A GREAT TEAM,’ EAGLES HURTS SAYS!

Eagles rookie quarterback sparked the Eagles to their first win since they beat the Cowboys 44 days ago.

And he has already mastered the politics of the NFL:.

Hurts said in a post-game interview on FOX that he doesn’t believe he deserves the bulk of the praise for the way the Eagles played.

“It’s not all about me,” Hurts said. “This is a great team and we have a lot of great players, and I’m just so excited we got this win today. We worked really hard this week.”

Hurts criticized himself, unprompted, for a late fumble, saying he still has things he needs to work on. Both on the field and afterward, Hurts handled himself exactly the way a leader should.