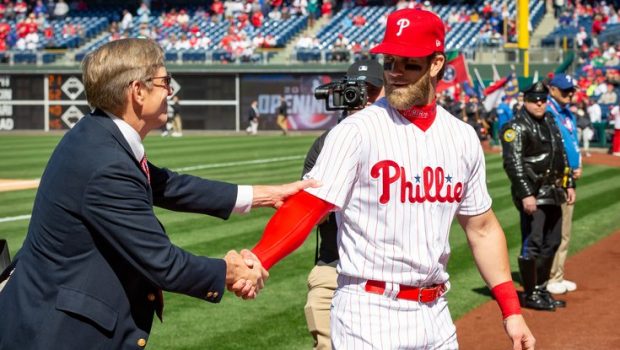 The MLB players and owners are in their second week of a contentious back-and-forth about a potential 2020 season.

The hope is they can reach an agreement by June 3, with players reporting to spring training on June 10, and the season starting around July 1.

Here’s the state of play tick-tock:

May 11: Owners approve a plan that includes an 82-game regional schedule and universal DH, expanded rosters (30-man active roster and 20-player taxi squad), an expanded postseason (14 teams instead of 10) and a 50-50 revenue split for players and owners.

May 14: Rays pitcher Blake Snell makes headlines when he says on a Twitch stream that he will sit out the season if there’s a 50-50 revenue split, suggesting the risk of contracting COVID-19 is “just not worth it.”

May 18: In documents obtained by The Associated Press, owners claim they will lose $640,000 per game without fans in attendance.

May 20: The above number was calculated by MLB, so the skeptical union has requested a slew of documents, which will be presented tomorrow, according to USA Today’s Bob Nightengale:

“As is almost always the case when there is a work stoppage in sports, the players will get the brunt of the criticism. They are more visible, and the average fan finds their salaries stunning. But here’s a fact: The owners are far more wealthy and … won’t be putting their health at risk.”