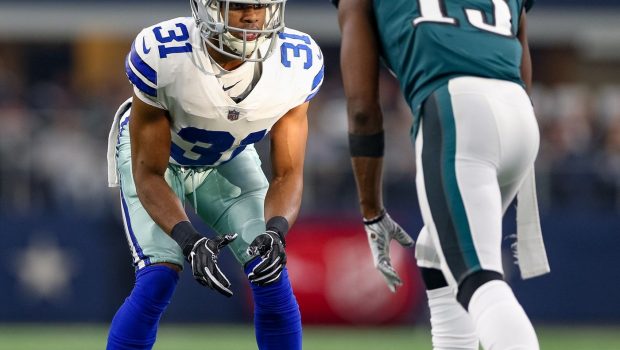 IT’S MARCH 15, AND HERE’S WHAT THE EAGLES LOOK LIKE!

While the NFL owners decide whether or not to postpone the opening of the 2020 business season, which is scheduled to begin on March 18, here’s a summary of the Eagles situation:

The Eagles are expected to reshape their roster more than in any offseason since 2017, when they built a Super Bowl champion. Look for them to focus on getting younger and faster.

They have difficult internal decisions to make, such as determining what to do about Alshon Jeffery (there’s a $26 million cap hit if they cut him) and Malcolm Jenkins (he wants a new contract and said he won’t play on his existing deal). The Eagles have 19 players with expiring contracts, none of whom should be considered players they must re-sign.

They must upgrade at wide receiver and cornerback. They have holes to fill at linebacker and must figure out what to do at safety. They can improve their pass rush and are unsettled at No. 2 quarterback.

The Eagles are letting Peters hit the open market after 11 years with the team and are expected to turn to 2019 first-round pick Andre Dillard. Look for Vaitai to be a coveted free agent elsewhere; he was a key reserve for the Eagles for four years and should find a starting job. Darby and Jalen Mills, their top two cornerbacks for the past three seasons, are set to hit free agency. It’s unlikely both are back. It’s likely that the Eagles have at least eight new starters next season.

They must add a No. 1 cornerback, with the Cowboys’ Byron Jones being the player to watch. The wide receiver market is not as robust and it’s a deep draft class, so the Eagles shouldn’t rush to spend big there. They must make speed a priority, though, which is why Tampa Bay’s Breshad Perriman is a player to target if the price is right. Even though the Eagles are returning their starters on the defensive line, their pass rush wasn’t good enough last season and the position is an organizational priority. The Eagles need linebackers, but it’s not a position they value with significant resources. Look for them to go bargain shopping at the position. The Eagles have preferred veteran backup quarterbacks with starting experience under Doug Pederson, and they’ll be flush with options once the starting jobs are filled.

The big-ticket signing will be a cornerback, and they’ll be aggressive in paying top dollar for a player such as Jones. They’ll add an inexpensive veteran at linebacker and another piece at wide receiver, even if it’s not a market-setting price. Howie Roseman will also be aggressive in the trade market. By the end of the week, the Eagles will be more active than in the past two offseasons.