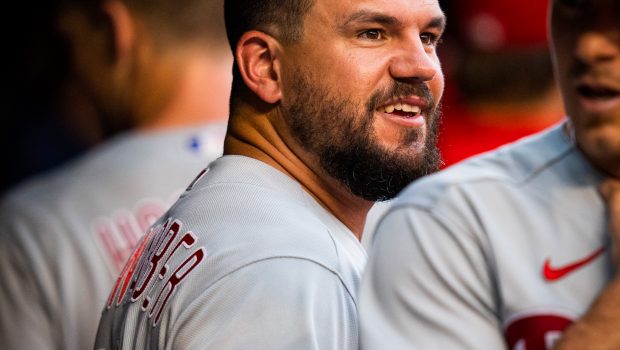 SCHWARBS BUSTS OUT AGAIN IN JUNE: WATCH 2 JACKS AGAINST NATS!

Kyle Schwarber hit 16 homers in an 18-game stretch last June for the Nationals, all after June 12.

He has seven this June, and he has an MLB-high 20-game on-base streak after taking former teammate Patrick Corbin deep twice.

Sources* tell us it's still June.