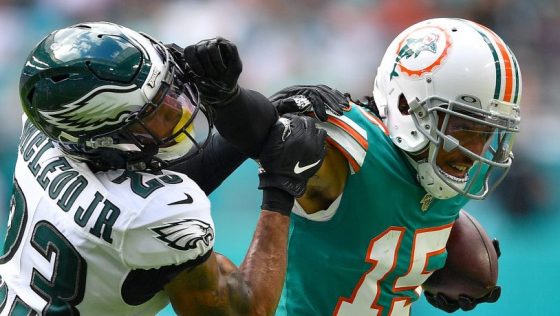 IT’S JULY 13, AND THE NFL IS STILL BEHIND THE 8-BALL ON TESTING!

Ever since the pandemic paused sports four months ago, the NFL looked like the adults in the pro sports room

First of all, unlike the NBA, NHL and MLB, the league wasn’t scheduled play games until September.

When lots of people surmised the COVID-19 virus would be under control.

So, the draft was conducted on Zoom and more than 55 million people watched.

As the other leagues struggled to get their acts together, the NFL plodded along successfully,

For months, the NFL and NFLPA, in consultation with medical experts, have been trying to figure out how they’ll conduct training camps, not to mention the season. They’ve struck agreements on training camp sites and social-distancing measures and developed protocols for air travel and post-practice showers. Still, the TBDs seem endless, and players have started to ask whether the July 28 reporting date set for the majority of them is unrealistic.

Absent a coherent national policy for how to contain the virus, the NFL and NFLPA are trying to design their own universal guidelines. The two sides have competing interests, especially when it comes to the pandemic’s potential financial impact. They’re attempting to solve for the right balance of safety and profit so that 32 teams can operate in 22 states, with more than 2,000 players and even more coaches, trainers, and other personnel. And they’re running out of time.

The league and the NFLPA agreed to a new labor deal in March, so there’s at least a framework both parties can operate within. The CBA requires players to report for training camp 47 or 48 days before the regular-season opener, depending on whether their opener is on Sunday or Monday. One issue that has already emerged as a point of contention between the two sides is the preseason. The league elected to cancel two of the four preseason games this year, but the NFLPA board issued a unanimous recommendation that the entire slate be canceled.

The board’s rationale is that, since the pandemic has suspended normal offseason training and activities, players need more time to get in shape before the regular season begins. In an open letter to membership last week, NFLPA president J.C. Tretter, a center for the Cleveland Browns, cited a 25 percent increase in injuries after the 2011 lockout, including 44 percent more hamstring injuries and twice as many Achilles injuries. Tretter argued that players are in even worse physical shape now because, unlike in 2011, most gyms and training facilities have been shut down since March.

As far as the preseason goes, though, all the NFLPA board can do is make its recommendation. The CBA allows the NFL to stage preseason games and, as of now, the league is sticking with two, scheduled for what would have been the second and third weeks of the original preseason schedule.

On July 3, the NFL and NFLPA signed on to a 42-page document that outlines protocols for training camp and the preseason.

The document includes a plan for educating players, coaches, and all team employees on proper hygiene and social distancing, requirements for spacing lockers 6 feet apart, limiting strength-and-conditioning workouts to groups of 15 players or fewer and holding meetings of more than 20 virtually.

Anyone entering a team facility is required to fill out a form screening them for COVID-19 symptoms and they must have their temperature taken. Anyone with a temperature above 100.4 degrees Fahrenheit will be sent home and isolated.

Anyone who might spend time around an NFL team will be sorted into one of three tiers. The tiers allow for varying degrees of access to people and places in and around facilities and different requirements for social distancing and the use of protective equipment:

The NFLPA would like to test players every day, but a testing plan hasn’t been finalized for training camp yet. ESPN’s Jeremy Fowler reported that the NFL and NFLPA management councils are scheduled to meet on today to discuss terms.

Frequent testing could cut short the length of quarantine. There’s evidence that the incubation period of the coronavirus can be as long as 14 days, which is why that’s been the standard length of quarantine for those with exposure to the virus. The median time from exposure to symptom onset, though, is four to five days, so it’s possible that frequent testing could allow teams to bring back players who’ve been exposed much sooner than the 14-day period without causing outbreaks. Key word: possible.

“Nobody really knows the answer to that yet,” said Dr. Davidson Hamer, a global health professor at Boston University and an infectious disease specialist at Boston Medical Center. “Could a testing strategy with frequent testing every other day or even every day allow you to pull them out of quarantine and get them on the field faster? Maybe.”

Teams will have positive cases, so the challenge becomes mitigating the spread and preventing an outbreak. There’s no definitive scientific threshold at which point an outbreak becomes uncontrollable. In every team’s core group of Tier 1 individuals, epidemiologists I spoke to estimated that if 5 to 10 percent of that population tested positive for the coronavirus it would be reasonable to assume that exposure, which necessitates quarantine, would be widespread. When the virus is that prevalent in a group, they say, contact tracing stops being effective because there are too many points of contact to trace.

“I’d say as low as 10 percent could lead to the whole team needing to be tested and quarantined,” said Hamer.

“If you had five or six people test positive in a short period of time, I’d be concerned,” said Dr. Daniel Kuritzkes, chief of the Division of Infectious Diseases at Brigham and Women’s Hospital in Boston.

“This is the same thing that, for example, cruise ships are thinking about,” said Dr. Amesh Adalja, a senior scholar at the Johns Hopkins Bloomberg School of Public Health.

It is not a good sign in 2020 when your industry is being compared to cruise ships.