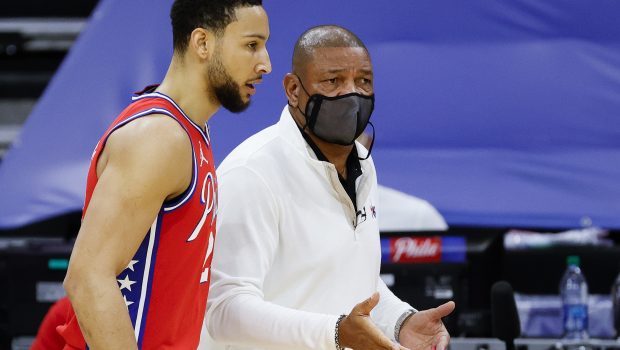 It turns out that Woj and Shams aren’t the only great reporters on the Ben Simmons beat.

From the initial conversations in Chicago, when Simmons’ agent Rich Paul found Daryl Morey and Eldon Brand on separate occasions to first levy Simmons’ trade request during the week of the NBA Draft Combine, Klutch figures maintained the Defensive Player of the Year runner-up planned to skip training camp.

The Sixers have stood firm that they don’t necessarily want to move Simmons and are only open to trading him for one of the few players in a tier above Simmons, such as Damian Lillard, or James Harden before him. The Sixers still believe the dominant defensive pairing between him and Embiid can be the backbone of a 2022 title team.

For that, dating back to those Combine dialogues, Philadelphia was adamant in its plans to withhold Simmons’ pay for not complying with the terms of the five-year, $170-plus million agreement he signed in July 2019.

Later, at Paul’s home, Rivers even shouted, “It’s in your f–king contract” to report and play for Philadelphia, sources told B/R.