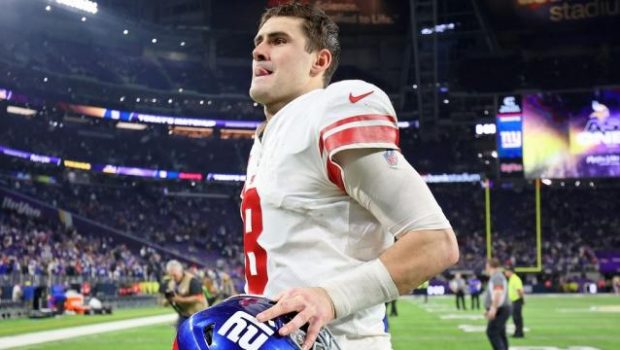 Daniel Jones completed 24-of-35 attempts for 301 yards and two touchdowns, adding 17 carries for 78 yards in the Giants’ 31-24, Wild Card Round win over the Vikings.

Jones was a frequent rusher both on designed runs and as a scrambler. His 78 yards led the team, although Saquon Barkley scored both of the Giants’ rushing TDs. However, Jones did total two TDs through the air, hitting Isaiah Hodgins for a 14-yard score and Daniel Bellinger for a wide-open 9-yard score.

Daniel Jones rolling left. What a catch by @IsaiahHodgins!

Jones will now travel to Philly to face the Eagles Saturday night.

In Week 18, Davis Webb managed to hang with the Eagles and showed well as a rusher. Jones will likely use his legs again frequently against an Eagles defense that has been vulnerable on the ground all season.