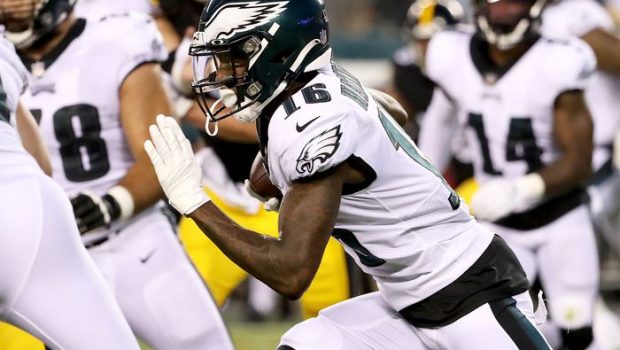 IT’LL BE WATKINS INSIDE, REAGOR AND SMITH OUTSIDE FOR EAGLES!

Quez Watkins has been running with the first-team offense as the Eagle’s slot receiver.

Greg Ward opened the summer as the favorite to man the slot for the Eagles, it’s been Watkins who has earned the spot with stellar practice and preseason performances to this point.

Watkins worked on his route running with Calvin Ridley over the offseason and credits Ridley with furthering his development.

Watkins looks like he’ll open the season inside with first-round rookie Devonta Smith and 2020 first-rounder Jalen Reagor on the outside.