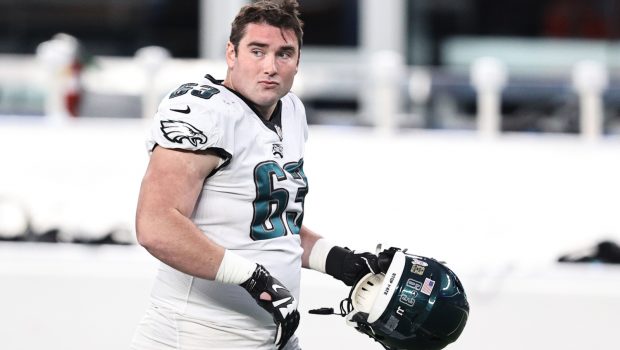 When Jordan Mailata got hurt early in last Sunday’s Eagles win over the Jags, Jack Driscoll finished the game at left tackle and played well enough to enable the Eagles to rush for 210 yards in the 29-21 win.

Driscoll said the last time he played left tackle in a game was his redshirt freshman year at UMass in 2016. And he played only two games there before going back to right tackle. When Driscoll transferred to Auburn, he was strictly a right tackle.

Yet with the Eagles, Driscoll has cross-trained at right and left tackle and both guard positions.

“That’s the nice thing about being on the scout team, you get to play all the positions,” Driscoll said. “We have a good rotation, so getting reps at right tackle, left tackle, guard, it makes going in there easier knowing that you got some reps.”