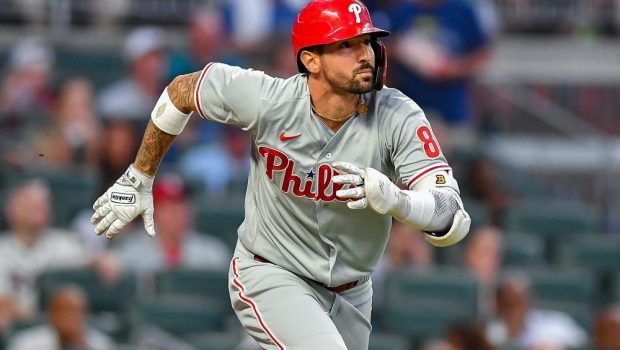 The Phillies have activated outfielder Nick Castellanos from the 10-day injured list and put him in tonight’s lineup against the Cubs in Chicago.

He was sidelined because of what was called a mild oblique strain at the beginning of September.

The Phillies had initially hoped the minimum 10-day stay would be sufficient for Castellanos to return to full baseball activities, but recovery took nearly two weeks longer.

Castellanos, who is batting .265/.305/.397 in 531 plate appearances this season, rejoins the active roster in time to help the Phillies make their final push for a playoff spot during a season-ending 10-game road trip. But he may receive limited playing time since he has not faced live pitching in almost a month.

Castellanos, 30, signed a five-year, $100 million free-agent deal with the Phillies in March. He struggled for extended periods in the first half, leading to on-base and slugging numbers that didn’t match his previous production levels. Before being placed on the injured list on Sept. 4, Castellanos was on the rise. He batted .300/.333/.500 with five home runs across 26 games in August after hitting just one homer in June and July combined.

Castellanos hurt his side in a game against the Giants on Sept. 2, when he felt a twinge in his right oblique while taking a swing in his second at-bat. His trip to the IL was just the third in his career. He had not gone on a minor-league rehab assignment before, so he asked the Phillies to follow that same plan this time. That means Castellanos probably won’t play every day upon his return. In his absence, the Phillies used Matt Vierling, Nick Maton and Dalton Guthrie to handle right field.