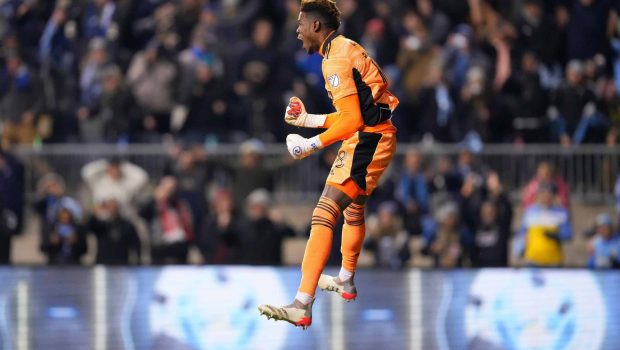 Andre Blake stopped the first two shots of a shootout and the No. 2 seed Union advanced to the Eastern Conference final for the first time with a 1-1 (2-0) result over visiting third-seeded Nashville SC..

Blake, one of top goalkeepers in MLS, made diving saves on Nashville star Hany Mukhtar and Anibal Godoy, then watched as Alex Muyl and Walker Zimmerman went wide on their attempts.

Meanwhile, Jack Elliott and Jack McGlynn converted their penalties for the Union, who survived another thriller after posting a 1-0 extra-time victory over New York Red Bulls in the previous round.

Mukhtar opened the scoring in the 38th minute, but the Union responded in the second minute of first-half stoppage time to equalize through Daniel Gazdag. Once play resumed in the second half, Philadelphia continued to apply the pressure.

Sergio Santos had a pair of quality chances upon entering the game just before the hour mark, but went wide on both occasions. The Union were unable to go ahead in regulation even though they held 53 percent of the possession and outshot Nashville 21-7 through the first two halves.

Even extra time was not enough to decide a winner.

Philadelphia was the obvious aggressor for the first 36 minutes of the match, but it was the magic of Mukhtar that put Nashville on the scoresheet first.

On a defensive breakdown from the Union, Mukhtar positioned himself to brilliantly head home a stellar Eric Miller service just outside the 6-yard box to stun the home supporters in Chester.

It was the first goal Philadelphia conceded in its last six home matches.

However, the Union did not hang their heads and continued to press. In the waning seconds of the first half, off a set piece corner amid traffic, Gazdag got the crowd back into the match by beating Nashville keeper Joe Willis to level the contest right before the break. 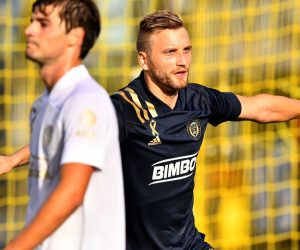 WHY DON’T SIXERS JUST SELL SIMMONS AS THE UNION DID PRZYBYLKO! 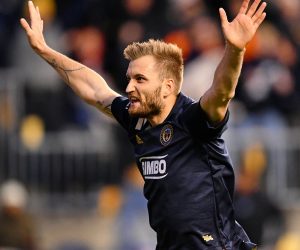 HERE’S THE UNION’S KACPAR PRZYBYLKO BREAKING THROUGH TO 1-0! 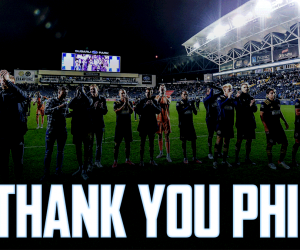 COVID ENDED THE UNION’S TITLE RUN, BUT WHAT A RIDE IT WAS!