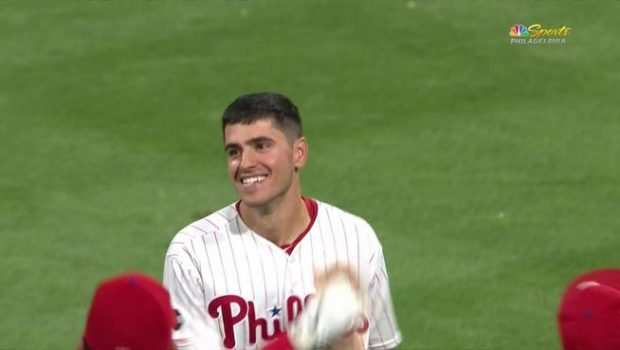 Adam Conley (2-11) hit Hoskins and then walked Phil Gosselin to open the 15th. Andrew Knapp dropped a sacrifice bunt that moved Hoskins and Gosselin up a base before the Marlins intentionally walked Maikel Franco, loading the bases with one out for Haseley.

With the Marlins using five players in the infield, Haseley hit a hard grounder to shortstop. It looked as if it could have been be a double-play ball. At the least, shortstop Miguel Rojas could have had a force at home for the second out. But, Rojas bobbled the grounder, allowing Hoskins to score the winning run in a game that lasted 5 hours, 13 minutes.

Bryce Harper doubled, tripled and drove in a pair of runs for the Phillies.

The Phils, who had postseason aspirations after signing Harper in the offseason, need wins in its final two games against Miami to end the season with a winning record.