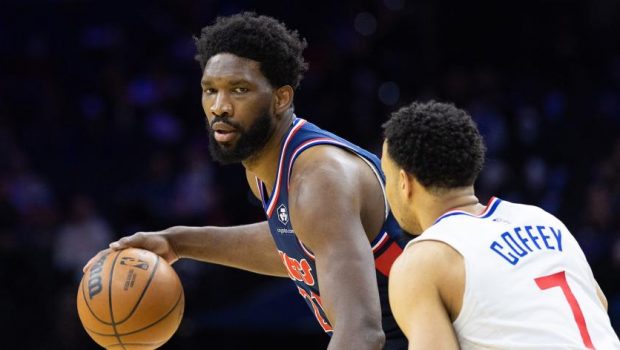 IS THERE ANY DOUBT THAT SIXERS COAST-TO-COAST JOJO IS NBA’S MVP!

Even though the NBA’s own web site ranks Joel Embiid third in the MVP race (up from fourth a week ago) behind the Joker and Giannis:

We tend to sleep on this big man’s skillset too often, but the truth is Embiid can hurt opponents in a variety of ways and on both ends of the floor.

Embiid has racked up at least 25 points in 12 consecutive outings, marking the second time he’s put together such a streak, according to Stathead.

Embiid joins Allen Iverson and Wilt Chamberlain as the only Sixers to put together multiple such streaks spanning 12 games or more.

According to Elias Sports Bureau, Embiid’s 50-point game on Wednesday represented the fewest minutes played (27:03) during a 50-point, 10-rebound performance in the shot clock era (1954-55).