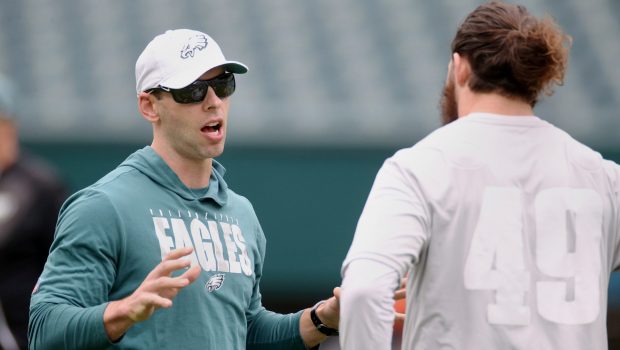 IS TEXANS TOP JOB BETTER THAN EAGLES D-BOSS FOR GANNON?

Gannon figures to be a favorite to land the Texans’ head coaching gig after he made it through two rounds of interviews last year.

Gannon has served as the Eagles’ defensive coordinator since 2021 and had previous stints with the Falcons, Titans, Vikings, and Colts, where he served in a number of roles.

His defense allowed the eighth-fewest points per game in the regular season (20.2) and allowed the second-fewest yards per game (301.5).