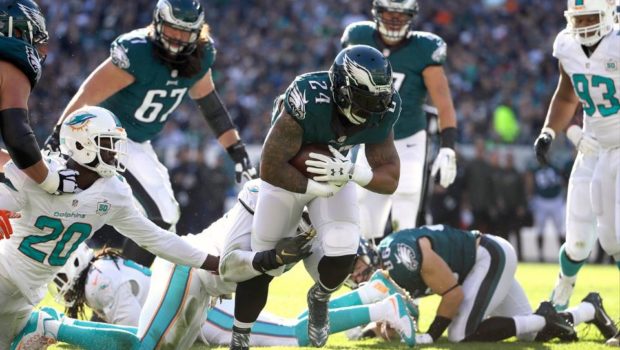 IS RYAN MATHEWS TOO DELICATE TO BE EAGLES’ GO-TO RUNNING BACK?

Ryan Mathews reported to training camp with a bum ankle.

Is he too delicate to be the Eagles’ go-to running back this season?

A year ago, it looked as though the Eagles would have the best rushing offense in the league, having added DeMarco Murray and Mathews.

They’re now left with just Mathews, who’s dealt with injury problems throughout his career. He did, however, play well in minimal time last season, averaging 5.1 yards per carry.

There is reason to believe he can actually put up better numbers than Murray did in 2015, and the Eagles’ offensive line is decent when it wasn’t running exclusively out of the shotgun under Chip Kelly.

Still, talent is certainly lacking at running back, particularly in short-yardage situations.