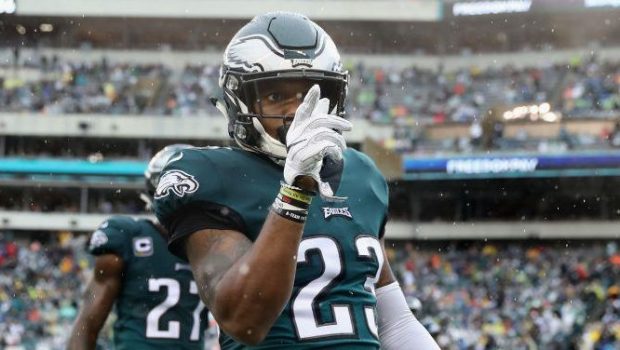 The Eagles have let legendary safety Malcolm Jenkins walk in free agency, but they are bringing back safety Rodney McLeod on a two-year contract.

McLeod started 16 games in 2019 with 108 total tackles, second highest on the team. He also had 10 passes defensed, two forced fumbles, and an interception coming back from a 2018 campaign in which he suffered a knee injury in Week 3 and was lost for the remainder of the season.

“Rodney is able to do a lot of things for us,” defensive coordinator Jim Schwartz said during the season. “He’s a versatile guy. He’s a leader back there. Since he got here, he’s been a big part in what we do.”

The Eagles signed McLeod in 2016 as an unrestricted free agent after McLeod played four seasons in St. Louis. McLeod is one of two NFL safeties with 10-plus interceptions (he has 13) and 10 forced fumbles (he has 11) since 2014. He’s got range to cover in the passing game and he brings it as a tackler supporting the running game.

With uncertainty in the secondary – cornerback Ronald Darby is scheduled to become unrestricted free agent on Wednesday at 4 PM and the team announced yesterday that it wouldn’t exercise Malcolm Jenkins’ contract option for 2020 – keeping McLeod was important.