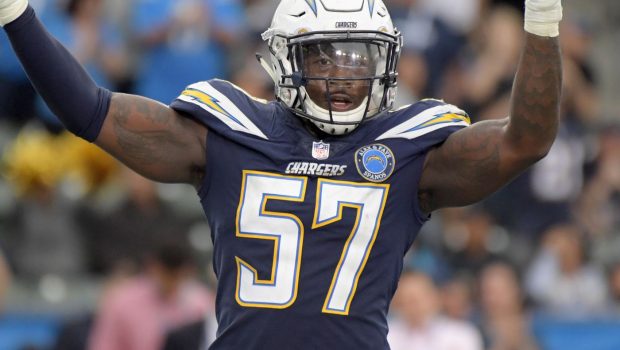 IS IT POSSIBLE JATAVIS BROWN WILL BE EAGLES ONLY LB ADDITION?!

The Eagles have gotten a lot of help for their secondary in the off-season, and, notwithstanding the addition of Jatavis Brown, they still need help at linebacker:

Gerry is a returning starter and the team is bullish on Edwards, who played only 11 percent of the defensive snaps last season.

Brown has starting experience and is a speed upgrade.

The Eagles will add to the linebacker spots during the draft, although considering they haven’t added to the offense yet (beyond re-signing QB Nate Sudfeld), it would be a surprise if they used their most valuable pick on a linebacker.

They haven’t drafted a linebacker before the fifth round since 2015 (and Roseman wasn’t in charge of the draft then). Look for them to draft a linebacker and add to the position in the undrafted market. The question is whether they bring in another veteran or if Brown is the lone newcomer with starting experience.