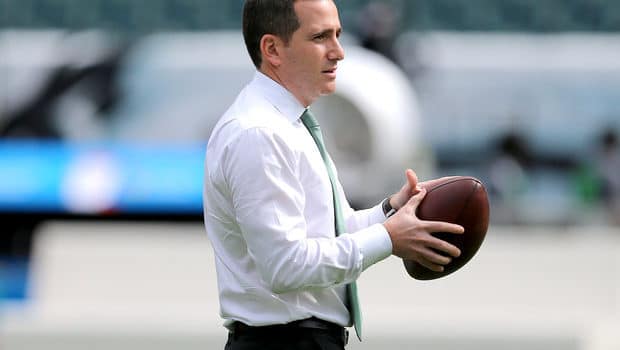 “We set up the game plan a certain way and say, ‘Hey we want to come out of the game kind of looking like this,’ right? And we do that with the head coach and Howie.”

“He controls personnel acquisition, not personnel deployment,” Ritchie said. “Stay in your lane. Too many cooks in the kitchen, spoil the broth, especially when the cooking we’re talking about is coaching football and the extra cook is an accountant by trade.

“I am worried about this concept,” Ritchie continued. “This was always a suspicion. Howie and Jeffrey [Lurie] overstepping.”