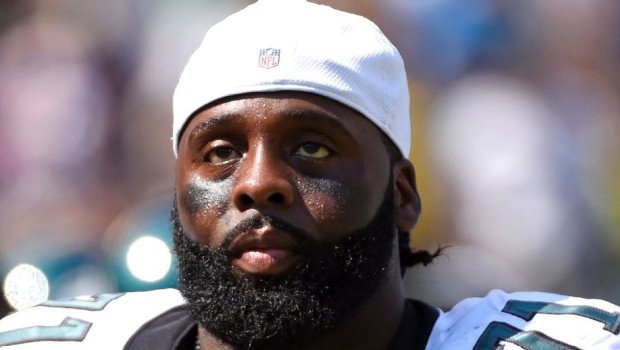 Even Chip Kelly-haters like Ray Didinger and Mike Missanelli will admit that he is very smart.

So what he said on Monday morning about Eagles All-World left tackle Jason Peters, who is looking very much like a spent player, was fascinating, especially because of Kelly’s predilection to dump aging lineman like Todd Herremans and Evan Mathis.

After Saturday night’s Eagles loss, there were a pair of reports that Eagles left tackle Peters took himself out of the game in the fourth quarter because he didn’t want to risk getting injured playing for a team going nowhere this season.

On Monday morning, Kelly said that wasn’t the case during an appearance on 94 WIP. Kelly said that Peters, who has battled back issues this season, got hurt early in the game and wasn’t able to finish it out as a result.

“Jason just couldn’t go at the end of the game,” Kelly said, via Philly.com. “Jason’s given us everything; he’s been a warrior all season long. It’s unfair to say he’s not giving us his all.”

Peters had a rough game in the loss to the Redskins and his overall season wasn’t up the standards he set in previous years. Peters is set to make a base salary of $7.55 million next season as part of the four-year extension he signed with the team in 2014. His cap charge of $9.3 million would result in $3 million in dead money should the Eagles decide to move on, although they probably need to sort out any changes to the mode of operation in the personnel department before making that kind of call.