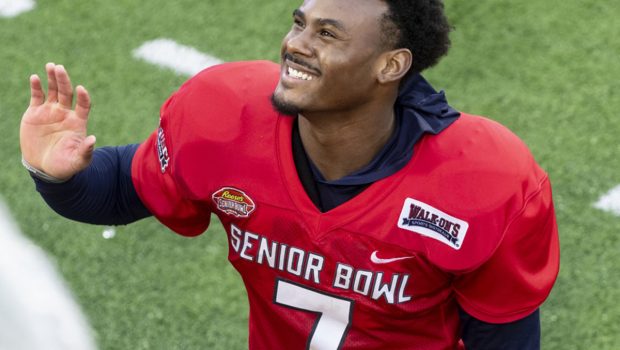 IS EAGLES ROSEMAN SWEET ON QB WILLIS DESPITE ACCURACY ISSUES?

Pitt’s Kenny Puckett is getting lots of attention from NFL bigs who are the Senior Bowl workouts in Mobile, Alabama.

But Eagles GM Howie Roseman was paying more attention to Liberty quarterback Malik Willis, who has the best arm in Mobile.

He rifles off medium-range passes, both from the pocket and on the run, with little effort.

His downside is that his accuracy was scattershot on Tuesday.

Still, some teams are about to have visions of Trey Lance-meets-Josh Allen dancing in their heads.