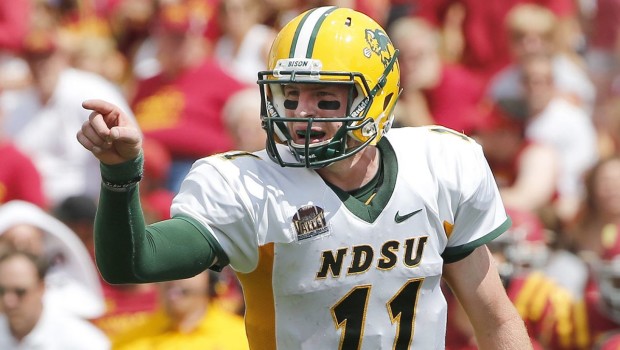 Is there a method to the Eagles’ madness of mortgaging the future for quarterback Carson Wentz?

The Eagles drafted Wentz and at least one NFL analyst believes that if Sam Bradford sticks to his guns or if the rookie plays well, the Eagles might find themselves adjusting their plans.

“You’re hoping that Sam Bradford comes in,” ESPN’s Herm Edwards said on SportsCenter yesterday. “And he competes for the job. That’s the conversation they’ll need to have with him. The new head coach needs to explain the situation.

“Now, Sam might say; ‘I’m not coming in.’ That’s why Chase Daniel was brought there. There needs to be a bridge for Carson Wentz. If Wentz goes out there and lights it up in the preseason and he’s playing well … It’s just like they had a plan for Blake Bortles in Jacksonville. They didn’t want to play him right away … But guess what, they ended up playing him.

“There might be a point in the preseason that if Bradford doesn’t show up and Wentz is playing well, you might just say ‘let’s go.'”

By the way, Bortles has thrown for 7,336 yards and 46 TDs in two seasons in Jacksonville!