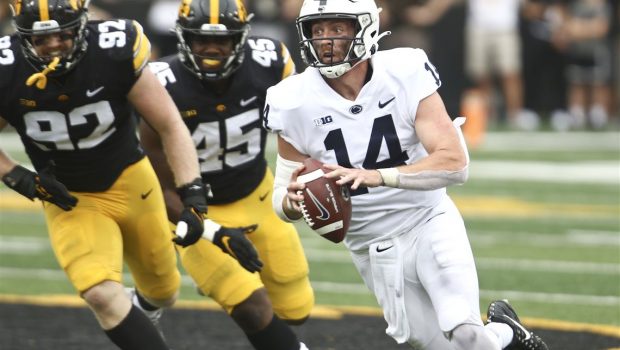 IOWA TAKES OUT PENN STATE, AND IT WASN’T A FAIR FIGHT!

In the second, by early in the second quarter, Penn State was missing its starting quarterback, Sean Clifford, and one of its best defensive players, PJ Mustipher.

And the defense couldn’t keep the Hawkeyes out of the end zone.

But Penn State’s inability to move the football ultimately proved too difficult to overcome during a 23-20 loss to Iowa at Kinnick Stadium.

Ahead, 17-3, after a Jordan Stout field goal with 12:31 to go in the second quarter, Penn State (5-1, 2-1) watched its lead disappear. In the subsequent eight drives, Penn State amassed just 17 yards, its only points coming on a 44-yard Stout field goal.

During the final 11 drives of the game, with sophomore Ta’Quan Roberson replacing Clifford at quarterback, Penn State totaled just 50 yards.

“We weren’t able to do as much as we needed to in the second half,” head coach James Franklin said.