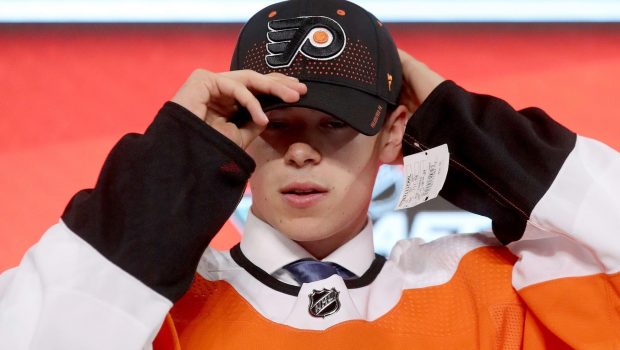 O’Brien, who just graduated from Massachusetts’ Thayer Academy, was selected by the Flyers in the first round of the NHL Draft on Friday, made a quick stop at home on Saturday, and was in Philly last night to participate in the team’s development camp.

O’Brien, the 18-year-old center from Hingham who was projected to be drafted anywhere from late in Friday night’s first round through early in Saturday’s second round, didn’t even last two-thirds of the way through Round 1. The Flyers used the 19th pick overall to grab the Thayer Academy product, who then flew home on Saturday morning, packed, and was back on a plane yesterday

As much as O’Brien knew he’d be drafted, hadn’t been able to process that it happened until Sunday’s flight.

“On the plane, with my phone off, I could think about everything,” O’Brien said after reaching his hotel late Sunday night. “That was really the first time.”