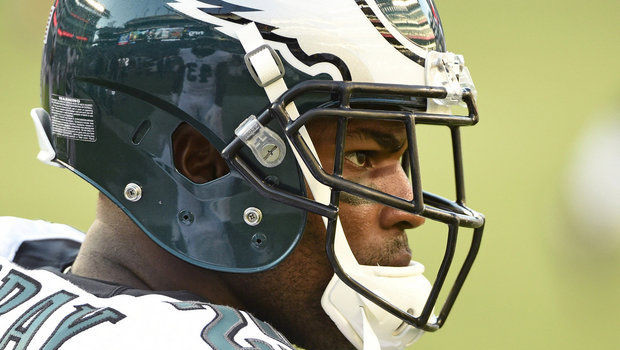 INSIDE STORY: HOW EAGLES SIGNED DEMARCO AS COWBOYS DITHERED!

A perfect storm was brewing in Philly. After the Cowboys decided against tagging DeMarco Murray, Sam Bradford called his college buddy to catch up on the free agent news and wedding plans. Before they hung up, almost in passing, Bradford asked, “Hey, think we can get a deal done with you here?”

“Why not?” Murray replied.

Within hours, Chip Kelly was on the other end.

They talked about Murray’s north-south running style (which in Kelly’s scheme should work better than McCoy’s improvisations and penchant for looking for the home run seams rather than simply hitting the hole). They talked about Pro Bowl center Jason Kelce and the Eagles’ loaded O-line.

They were adamant about winning a ring — this season. By the time Murray mentioned his pregame ritual of hyper-hydrating with up to 240 ounces of water, Kelly, who is also a mad scientist with sports nutrition, must have already had his checkbook out.

The next morning, on March 12, with Jamie Witten and other Cowboys still blowing up his phone, Murray was on a plane to Philadelphia, where he says he fell in love with the Eagles before signing a sweetheart five-year, $42 million deal with $21 million guaranteed — $9 million more than Dallas had reportedly mustered.

Check out the whole story: