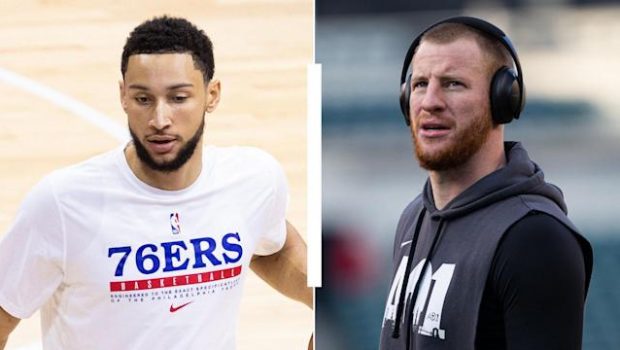 It’s hard to know what went wrong with the wiring of Carson Wentz and Ben Simmons that caused them to want out of Philly.

Wentz was benched and the snowflake QB demanded a trade, which he got to Indy.

Simmons was booed after a complete meltdown in the playoffs three months ago, and he has demanded a trade.

But whatever it is with those two, the Inky’s Marcus Hayes has an over-the-top screw loose:

Wentz and Simmons should have spent the summer of 2021 down on their knees, begging for your forgiveness, working on their flaws, willing to accept whatever role their bosses decided would best help the team.

They should have apologized to their teammates for their shortcomings and for the distractions they caused.

They should have pledged to, in the future, actually earn the millions of dollars that you lavish upon them — paying to watch them on TV, online, or in person; parking your cars and buying beers at the stadiums; purchasing their jerseys and shoes online.

So yes, this pair warrants your wrath.