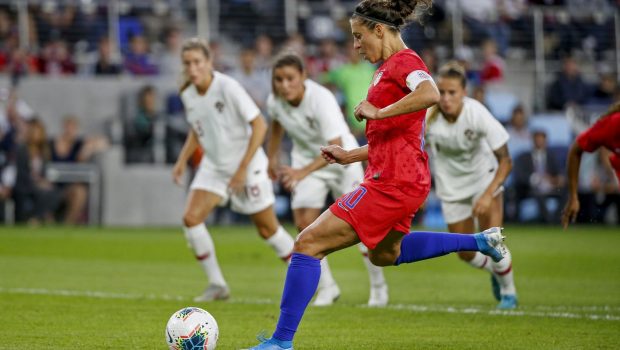 United States women’s national team veteran Carli Lloyd will miss the NWSL’s 2020 Challenge Cup — a 25-game tournament created to make up for the delay of the NWSL season — after sustaining an injury while training at home, her team Sky Blue FC has announced.

“I have unfortunately picked up an injury while I was at home training,” South Jersey’s Lloyd in Sky Blue FC’s announcement. “I was optimistic about being able to return in time for the NWSL Challenge Cup, but my injury is going to require more time to recover.”

Lloyd joins a number of USWNT stars to bow out of the Challenge Cup. Megan Rapinoe, a member of Tacoma’s OL Reign, was previously announced to be skipping the tournament due to concerns about the possible spread of the coronavirus and the injury risks of a compressed game schedule.

Alex Morgan and Christen Press will also be missing the tournament. Those four players’ careers combined represent 769 appearances and 340 goals with the USWNT senior team.

Even without those names, the NWSL will still have an intriguing opportunity to become the first team sports league in the United States to play games again after the coronavirus hiatus.

The NWSL Challenge Cup will feature all nine NWSL teams playing matches around Salt Lake City. No spectators will be allowed into the stadiums, and players will face strict testing and quarantine rules. The setup will likely be of interest to other leagues preparing for a return in similar conditions, such as the NBA.