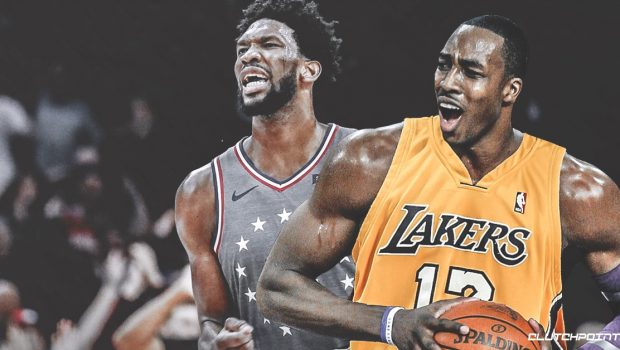 IN SIGNING HOWARD, SIXERS FINALLY GET JOJO A PRIMO BACK-UP!

The Sixers made it official yesterday, announcing the signing of free agent center Dwight Howard.

Howard was a key piece in last season’s NBA champ Lakers, appearing in 18 playoff games, starting seven. During the regular season with the Lakers, he averaged 7.5 points, 7.3 rebounds and 1.1 blocks in 18.9 minutes per game.

Howard, who ranks fifth all-time in NBA history in field-goal percentage, shot a career-best .729 this past season, second in the NBA among players who played in at least 30 games. The Atlanta native notched nine double-doubles and collected double-digit rebounds on 16 occasions.

One of the most decorated active players in the NBA, Howard was originally selected by Orlando with the No. 1 overall pick in the 2004 NBA Draft. All told, he’s appeared in 1,113 games (1,045 starts) over 16 seasons for the Lakers, Washington, Charlotte, Atlanta, Houston and Orlando. He holds career averages of 16.7 points, 12.3 rebounds, 1.4 assists and 1.9 blocks in 33.5 minutes per game. Howard, and Naismith Memorial Basketball Hall of Famers Walt Bellamy, Wilt Chamberlain, Elvin Hayes and Moses Malone are the only players in NBA history to average at least 16 points and 12 rebounds over 1,000-or-more career games.

Over his career, Howard has been selected an NBA All-Star eight times, selected to All-NBA teams on eight occasions, earned the Defensive Player of the Year Award three times and been named to five All-Defensive teams. He’s led the NBA in rebounding five times and blocks twice. 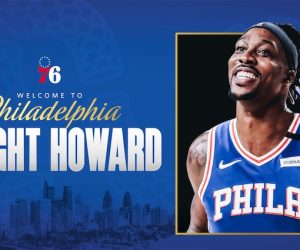 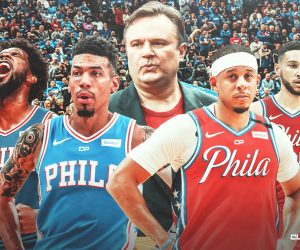 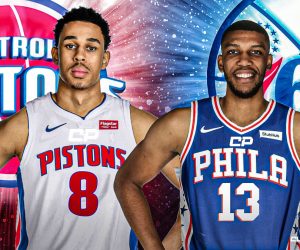