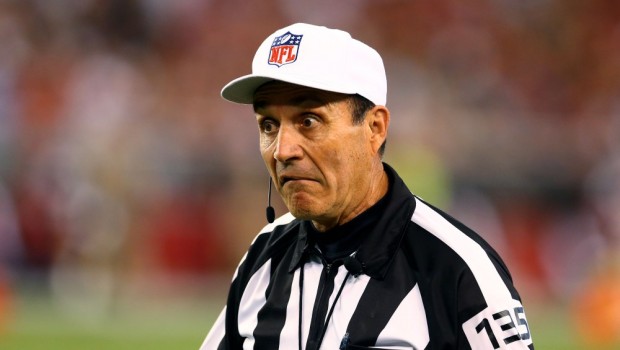 IN EAGLES-STEELERS, ZEBRAS MISSED MORE CALLS THAN THEY MADE!

Somebody has to say it.

As rusty as the NFL players have been in the first gave games of the season, the officials have been worse!

At least the players have the excuse that the pandemic restricted their off-season workouts and there were no exo games.

But what excuse do the zebras have?

There was a questionable pass interference called on the Eagles after Ben Roethlisberger targeted James Washington down the right sideline. Upon further review, the defensive back was simply jousting for position. Though the Steelers were the beneficiaries of that call, they drew the short straw later in the game.

With Pittsburgh attempting to put the game out of reach for the Eagles, Roethlisberger found Chase Claypool on a back-shoulder pass down the sideline, but he was called for offensive pass interference. On the replay, you could clearly see that the defender fell on his own. One play later, the ball was taken away from the Steelers on a bang-bang play that was ruled a fumble.

The Steelers had yet another go against them that was ruled an interception on the field, though the ball quite clearly sat on the ground before being scooped up by an Eagles defender. Pittsburgh had a few calls of their own in this contest, but poor officiating could have cost them the game.