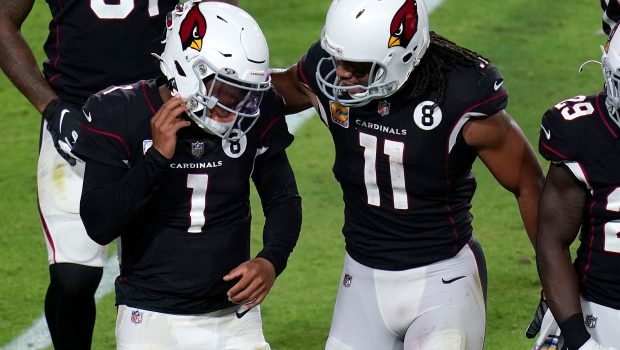 IN CASE YOU FELL ASLEEP, HERE’S HOW CARDS BEAT THE SEAHAWKS!

Rookie linebacker Isaiah Simmons intercepted Seahawks quarterback Russell Wilson with 1:04 left in overtime on his fifth snap of the game. Simmons didn’t play in the first half.

That led to Cardinals kicker Zane Gonzalez redeeming himself after he missed the potential winning field goal earlier in overtime. Gonzalez made a 48-yard kick with 20 seconds left in the extra period to give Arizona a 37-34 win and hand the Seahawks their first loss of the season.

Arizona improved to 5-2, holding on to second place in the NFC West with the 4-2 Los Angeles Rams playing Monday. Seattle leads the division at 5-1.