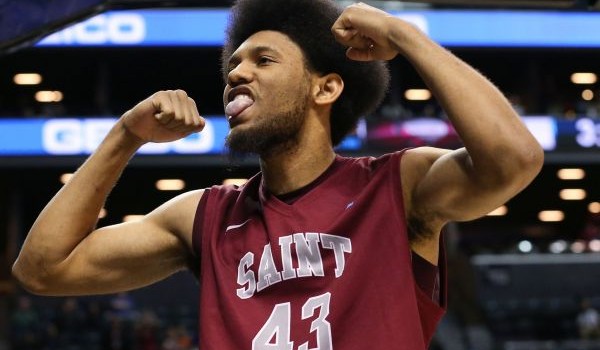 The Hawks’ DeAndre Bembry is the best player in the league. But can he get more help around him this season? We think so. Every season the A-10 has a team that takes a big jump, and SJU is the pick here, in part because because Bembry is so good.B

This could be the most anticipated season in the history of the program. Rhode Island hasn’t been the preseason pick to win this league in ages — if ever? — and it also has two of the best 101 players in the country. E.C. Matthews and Hassan Martin are surrounded by a lot of talent, size and athleticism, to boot. The Rams are coached by Dan Hurley, who had this group exceed expectations last season. URI went to the NIT, but now it’s capable of winning the league, and we think it should be the favorite. Jared Terrell, Jarvis Garrett, Kuran Iverson (transfer from Memphis, who is in stellar shape) and Four McGlynn (transfer from Towson; shooter). Loaded group.

The suspension — and subsequent lawsuit from — Dyshawn Pierre has made for a mucky and uncertain situation in Dayton. The Flyers will not have their best player for the first semester because he’s been accused of a sexual crime, and the school (powers outside of the athletic department) have booted him from campus. Thus, he can’t be part of the team in any capacity. Pierre is fighting the charges. When he gets back (and we’re operating off the belief he will rejoin the team in December), Dayton should be among the best in the Atlantic 10. Remember, Archie Miller and his staff proved last season how well they could manage with a limited roster. That team won 27 games despite having six scholarship players for more than half the season.

Could easily end up being too low here. This is the team that won the A-10 last season … in its first season in the league, after coming over from the SoCon … and it was picked 13th in the preseason a year ago. Bob McKillop’s team will receive a lot more respect this season. Jack Gibbs should again be a vital cog on the offensive end, but so will senior guard Jordan Barham. The Wildcats slice you with tremendous ball movement and sophisticated offensive strategem. Look for 6-foot-7 sophomore Peyton Aldridge to take around four 3s per game.

Yes, VCU this high despite the coaching change. Will Wade cut his cloth under Shaka Smart, then went and turned around the Chattanooga program in just two years. Now he’s back in Richmond. He helped recruit a number of players on this VCU roster, which is hardly bare bones. Melvin Johnson, Mo Alie-Cox, Jordan Burgress, JeQuan Lewis and Jon Williams. No reason why VCU shouldn’t crack 20 wins. Wade is a very good coach, someone who could be at the helm of this team for a decade.

Good enough to finish second but unpredictable enough to take eighth. That’s how we see the Colonials, who still haven’t received enough credit since Mike Lonergan came over from Vermont in 2011 and improved the program. GW has just one NCAA tourney bid in his four years, yes, but the Colonials have averaged 23 wins the past two seasons and seem set to clear the 20-victory mark again in 2015-16. Losing five of six in conference play last season is what prevented the team from making the Big Dance. Names to know: Kevin Larsen, Patricio Garino, Joe McDonald.

Kind of amazing to realize this, for anyone who follows A-10 hoops closely, but this is Chris Mooney’s 11th year coaching the Spiders. Wow. UR has just two NCAA tourney trips in Mooney’s tenure (2010 and 2011), but this team is capable of sneaking in this season. Some coaches I spoke to in the league over the summer said they expect Richmond to be among the six best in the conference. ShawnDre’ Jones is going to have a breakout season at point guard; Terry Allen could be a first team all-league guy. The defense should remain among the two or three best in the A-10. And this group has five freshmen, but they all could see the floor in meaningful minutes by February.

Have the best player in the league in DeAndre Bembry. But can he get more help around him this season? We think so. Every season the A-10 has a team that takes a big jump, and SJU is the pick here, in part because because Bembry is so good. So: we’ve vaulted SJU this high. Isaiah Miles is going to have to be more of a force down low, and it wouldn’t be a shock if Chris Clover has a big year as a freshman. Hopefully Phil Martelli has worked in foul shot drills all summer and preseason, because only four teams in the nation were worse from the stripe last season than this one.

It starts with Jordan Price. A 6-5, 230-pound problem in the paint, a guy who could be on the A-10’s First Team in March. But looking up and down the roster, La Salle seems a year away from returning to the NCAAs. The group still lacks shooters (no one on the team last season came close to approaching 40 percent from 3-point range). At least the defense can be good-to-great again. Tony Washington is 6-10, and he’ll fill out the middle.

An 18-13 team last season, a group that went 10-8 in the conference. Mark Schmidt would crack the top three of every coach in this league if asked who the best X-and-O guys are. He does a stellar job. Do like the inside-out combo of Dion Wright and Marcus Posley, though. Teams 7-10 on our list could easily wind up with the same record in-conference.

Lose Cady Lalanne, Maxie Esho and Derrick Gordon. That’s a lot to take on. Plus, West Virginia transfer Jabari Hinds did not click last season the way many expected. Perhaps this is his year, but overall the personnel will probably prevent UMass from competing for anything beyond an NIT bid. Derek Kellogg certainly should keep this team running, though. Outside of VCU, no team really has the guys to chase for 40 minutes. UMass can earn wins that way, no question.

Jim Crews spent most of his hope and energy over the past two seasons trying to do the impossible, to land five-star small forward Jayson Tatum, a native of St. Louis who had the Billikens in his top two. But Tatum chose Duke, as everyone expected. And now the outlook for the program takes the expected route. Rough year ahead, probably, as the team is going to struggle to score.

Jim Ferry is showing patience. Duquesne will be better this season, and then in a year, this program should be in the top half of the league. This slot could end up being too low this year, even. Micah Mason is the name to know. He’s going to set the NCAA record for most 3-pointers made in a career. He’ll hoist more than 200 threebies this season, and likely make at least 43 percent of them.

Dave Paulsen is the new guy here, taking over for Paul Hewitt, who never caught fire while at GMU. Paulsen has a very good rep, and a few coaches from around the country told me they think he’ll be the absolute right long-term solution for the Patriots. He went 134-94 over a seven-year period at Bucknell, reaching the Big Dance twice. George Mason fans would take that, at the very least.

Fordham: last again. Unfortunate, but with the coaching change, and the facilities, and the state of the league heading into this season, it’s a fair assumption. Jeff Neubauer, formerly at Eastern Kentucky for a decade, is now running the show in the Bronx. 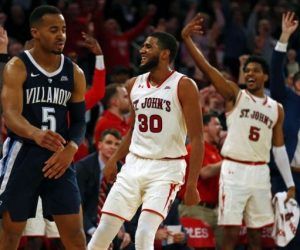 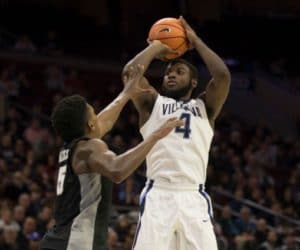