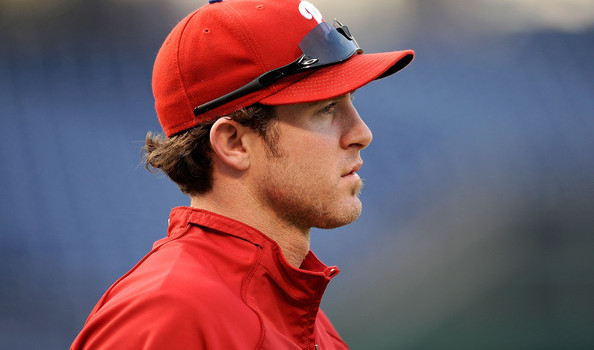 There are 51 days to go before the major league trading deadline, and the Chase Utley rumors have already started.

The Oakland A’s have the best record in the American League despite limited offensive pop at second base. Could the Phillies’ Utley fill that void as July 31 approaches?

Oakland second baseman are hitting a league-low .218, but Susan Slusser of the San Francisco Chonicle muses that a trade would be difficult since the A’s won’t part with their top prospect, shortstop Addison Russell, while other potential trade pieces, such as minor-league right-hander Raul Alcantara, are battling injuries.

Utley is enjoying a career revival at plate (.314/.371/.498) even though the Phillies are in last place in the National League East.

Phillies general manager Ruben Amaro Jr. must decide whether it is time to break up his aging cast of veteran players, and the most valuable trade chip could be the 35-year-old Utley, who is under contract for next season at a manageable $10 million.

The Phillies are worried about alienating their fan base with a housecleaning. Another factor will be how the up-for-grabs NL East plays out over the next month or so. The Nationals (seven wins in nine games) may be showing signs of reaching the potential that has been expected of them for the last two years or so. If the Nats (or any other club) were to take control, it could be the dose of reality that makes Amaro more willing to make a move.