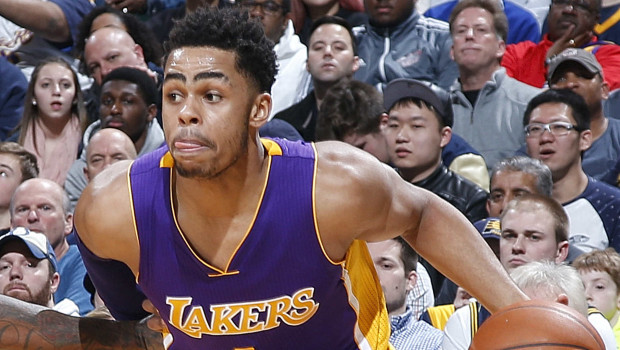 And most especially in the 2015 NBA draft.

The Sixers were teed up to take point guard D’Angelo Russell with their No. 3 pick, but the L. A. Lakers beat them to the pick at No. 2.

So, how would the Sixers be different with Russell than with center Jahlil Okafor, whom their chose at 3?

If Russell had gone to Philly, Sam Hinkie would probably still be in charge. They’d play small and fast around Nerlens Noel, the Sixers would be fun as hell, Russell would be playing 40 minutes per game, and he’d be having one of the better seasons of any rookie in the league.

He’s struggled in L.A., but he’s also got a much steeper learning curve than big men. Go back and watch James Harden or Steph Curry as rookies. This takes time. In addition to sharing a backcourt with Kobe and Jordan Clarkson, he’s getting thrown to the wolves trying to guard a league that’s full of dominant point guards in 2016. But every now and then he’ll take your breath away with a pass, or hit a vicious step-back jumper, and you remember that one day he will one of those dominant guards. Please see the second half of that Lakers-Kings game for further evidence.