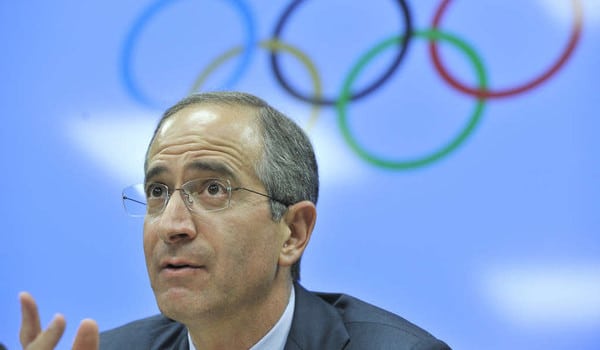 So, the next time you get your bill for Eagles season tickets or the next time you see glove puppet Howie Boy Roseman talk to the press as if they and we are fools, you might want to summon up the same level of anger you get when the monthly Comcast bill arrives.

And then close your eyes and imagine how much better the Eagles would be if they were run by a real businessman with great judgment like Brian Roberts (above) instead of a trust funder like Jeff Lurie whose monopoly business has been taking this great sports town for granted since 1994.

One the highest-profile businesses in the Philly region has an approval rating in the stratosphere and one does not.

One regularly takes its customers for granted and one does not.

One is a monopoly and one is not.

One is operated like a fiefdom, sort of like the Shah of Iran, and one is answerable to hundreds of thousands of shareholders and millions of consumers.

One sought and accepted great gobs of city and state dollars to build its headquarters and one did not.

One of these businesses is the Philadelphia Eagles and the other is Comcast Corp.

And they couldn’t be more polar opposite — Comcast is operated by a great businessman with superb judgment while the Eagles are owned and operated by a trust-funder who has terrible judgment.

“While the rest of the NFC East compares Super Bowl rings, the Eagles are standing in line, alone, outside the club, wondering if being the best team in the division over the past 15 years counts for anything. (It doesn’t, even though Philly has the most playoff appearances over that time, more than Washington and Dallas combined. Though New York, which has three fewer playoff appearances, did win two Super Bowls during that stretch.)

“And even though the titles of the Redskins came 25-30 years ago and the Cowboys haven’t been in the Super Bowl conversation in about 20 years, those fans can at least grab on to those glories. All Philadelphia has is memories of Donovan McNabb in the Super Bowl and a collective resolve to correct anyone who misappropriates the Santa Claus story. “

No one besides the Eagles owner, his former wife and a decidedly minority shareholder know exactly how much the team is making. But this we do know:

The region rises and falls on how well the Eagles do.

Nobody roots for Comcast.

The Eagles owner — who in the past two months has demonstrated how gullible he thinks the fans are, runs a business that is a monopoly.

Comcast has been accused of taking its customers for granted, and I do not have to get into a chapter-and-verse recitation of this issue. Suffice to say that everyone has a story to tell.

The Eagles have been taking their customers for granted ever since Jeffrey Lurie, who got aced out of buying his hometown New England Patriots, settled for the Eagles in 1994.

Prior to owning the Eagles, Lurie’s only business experience was making movies, which has little relevance to any other business.

Prior to taking over Comcast from his dad Ralph, CEO Brian Roberts learned the cable business from the ground up — or shall I say the telephone pole down — he started in the company stringing cable lines and then worked his way up the ladder. So he learned every part of the business.

It has long been an article of faith that Comcast’s main business — cable — was a monopoly. And for a long time that was true, since unless you had a Comcast account you couldn’t see ESPN, HBO, Animal Planet and E! But in the past few years, customers have been cutting the cord with streaming, Hulu and lots of other services that don’t require a monthly bill that averages three figures.

On the other hand, the NFL, of which the Eagles are one of 32 teams, has long had a monopoly, thanks to its antitrust exemption from Congress, which dates to 1961.

In November 2006, former Senate Judiciary Committee Chairman Arlen Specter, (R-PA) proposed legislation to repeal the NFL’s antitrust exemption under the Sports Broadcasting Act of 1961. Specter’s concern was based on the National Football League’s NFL Network, which is available in a limited number of homes, as compared to the other broadcasters of the NFL.

For the 2006-07 NFL season, each NFL team annually earned more than $120 million in shared TV money.

But the biggest difference between Comcast and the Eagles is the superb judgment that Roberts has — as evidenced by his acquisitions and executive hires — and Lurie’s demonstrated, 21-year record of hiring with his heart instead of his head.

In 2004, Comcast made an unsolicited $54 billion bid for Disney, which owns ESPN; and when Disney’s board rejected the offer and investors punished Comcast’s share price, Roberts pulled the offer two months later. He didn’t pout and raise the offer to pursue Disney again.

And five years later, Comcast acquired NBC Universal for $13.75 billion in cash and stock, a far better deal for a company that had been under-monetized for years by GE.

Lurie was turned down and he came back to Kelly with a sweetened deal which Kelly accepted.

The result was a 7-9 disaster with a locker room fraught with dissension and turmoil.

Lurie was shocked, shocked that Kelly had no people — or shall I say player — skills, and used that weak excuse to fire him last Dec. 29, even before the 2015 season ended.

Is it possible Lurie and Howie Boy didn’t pick up on Kelly’s antisocial manner when they were wooing him? And if not, why not? Sounds like the vet of Kelly was worse than John McCain’s vet of Sarah Palin.

The two most important and successful hires Brian Roberts has made have been:

Steve Burke, a former Disney exec hired in 1998, who now runs NBC Universal; and David L. Cohen, the master strategist of Ed Rendell’s mayoral campaign in 1991 who went on to be chief of staff to the mayor (full disclosure: I was his deputy), then ran the Ballard law firm before Roberts hired him to be senior executive vice president in 2002. Cohen is intimately involved with every major decision that Comcast has made — ranging from massaging the acquisition of NBCU to the building of Comcast Center to public and legal affairs.

The two most important hires Jeff Lurie has made have been Joe Banner, who became president of the team, and Howie Boy Roseman, whose title might as well be president.

Banner was Lurie’s best friend when he was growing up — “Hey, Joe, wouldn’t it be keen if we ran an NFL team together?” is a conversation I imagine probably happened somewhere along the line. Like Lurie, Banner had no qualifications for his position, having worked at WCAU radio as a sports reporter and started a clothing business in Boston before Lurie bought the Eagles in 1994 and hired his chum. Lurie and Banner had a falling out and he was removed. Banner went on the run the Cleveland Browns. He was fired there too.

Howie Boy Roseman’s chief accomplishment in life as been his elevation to Eagles general manager in 2010. Even the team’s official web site’s Roseman bio says:

“After relentlessly pursuing jobs in the front office of an NFL team, Roseman finally got his foot in the door with the Eagles as salary cap/staff counsel, and he has continuously worked his way up the ladder.”

In the process of ladder-climbing, Howie Boy has engineered the departures of football execs and coaches alike. He has no football background — which might come in handy as EVP of a football team — but he does have Lurie’s ear.

So, the next time you get your bill for Eagles season tickets or the next time you see glove puppet Roseman talk to the press as if they and we are fools, you might want to summon up the same level of anger you get when the monthly Comcast bill arrives.

And then close your eyes and imagine how much better the Eagles would be if they were run by a real businessman with great judgment instead of a trust funder whose monopoly team has been taking this great sports town for granted since 1994.