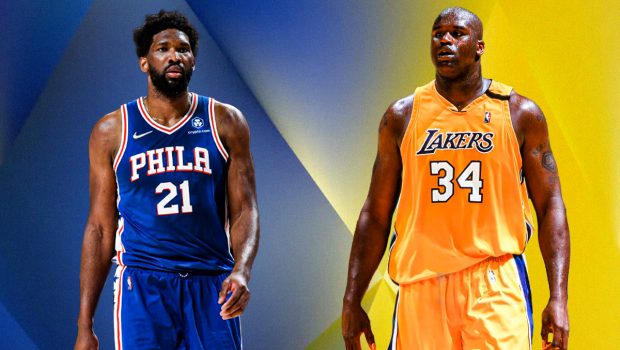 SHAQ’S ONE OF BEST EVER, JOJO SAYS, ‘I DOMINATE IN OTHER WAYS’

After the Sixers beat the Knicks Wednesday night for their third straight since the James Harden trade. Joel Embiid was asked if Harden and he are like the new Kobe Bryant and Shaquille O’Neal.

“We’ve got to win. I’m Joel Embiid. I don’t play the way Shaq did. I’m dominant in other ways. I’m not physically dominant like he was. He was a freaking monster when he played; obviously a Hall of Famer, one of the best ever.

“But I’m Joel Embiid. I dominate in other ways on the basketball floor as far as doing everything.

“James does the same thing as far as being a scorer and a playmaker.”