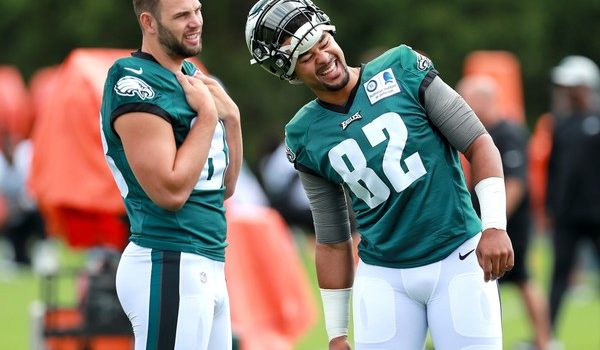 I’M EXCITED TO GET DALLAS GOEDERT BACK, EAGLES PEDERSON SAYS!

Goedert (above left with fellow tight end Richard Rodgers) has been out since fracturing his ankle in week 3 against the Bengals.

He’s practicing now, though his status for Sunday night’s game against Dallas is anyone’s guess:

“I’m excited to get him back.”

Coach Pederson gives an update on Dallas Goedert’s return to practice and more on today’s #Eagles 360, presented by @Xfinity. pic.twitter.com/SMwWFfqYBl