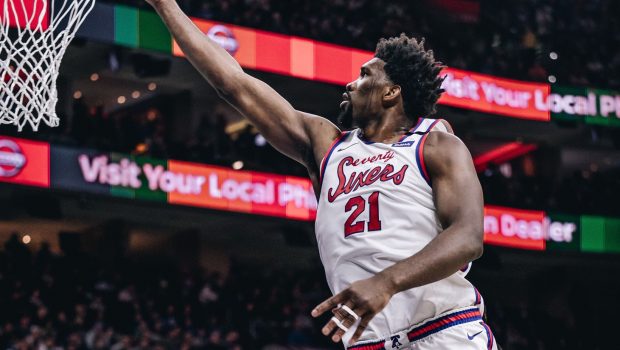 The Sixers Joel Embiid is nothing if not confident.

Though some see him as full of himself.

He racked up 39 points and 16 rebounds in last night’s 112-104 victory over the Brooklyn Nets, and then he declared he is the best player in the world.

“For sure,” Embiid said. “The All-Star Game was fun. Being there in the fourth quarter, doing my thing at the end of the game, I thought it was great.

“But the All-Star Game, just proving I’m here, I belong, and being the best player in the world, I just intend to keep coming out every single night and just play hard and trying to get wins and just go out and try to win a championship.”