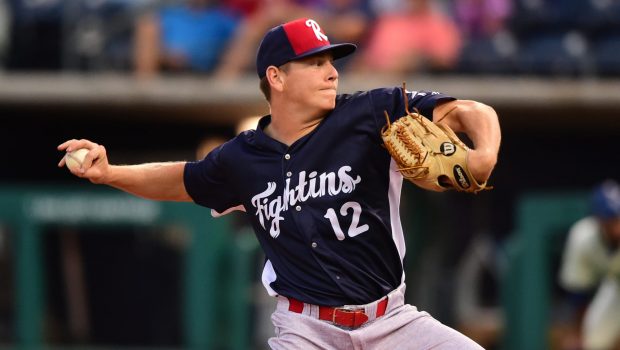 I’LL BE BACK! HOWARD HEADS TO MINORS SO PHILS CAN SAVE BUCKS

“Pretty good,” manager Joe Girardi said. “His changeup was really effective tonight. His fastball is sneaky to me. He’s got that easy delivery and it just kind of comes out at you. I thought he threw really well in camp and we’re really excited about him.”

He was then shipped to Lehigh Valley afterward, along with right-handers Mauricio Llovera and Addison Russ and catcher Logan O’Hoppe.

Howard was not expected to open the season with the team anyway because of service time considerations.

If he is not on the roster the first five days of the season, the Phillies gain an extra season of control. Effectively, by waiting at least five days, Howard will not become a free agent until after the 2026 season instead of ’25.